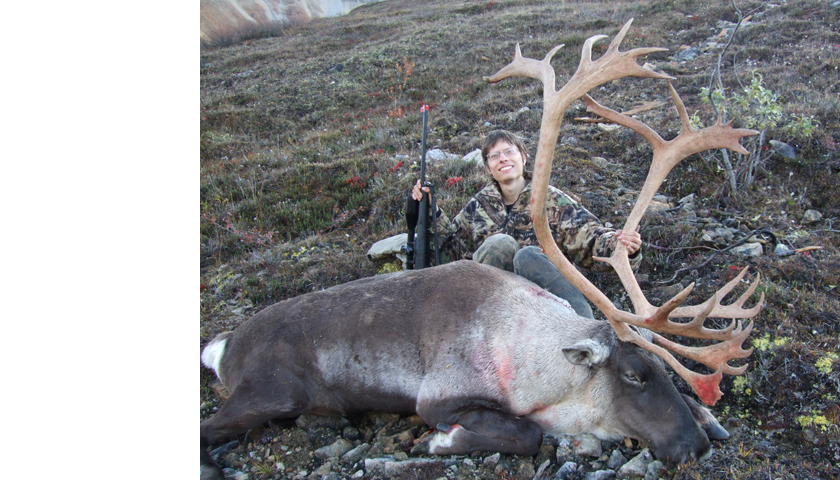 Depending on the distribution area, the body measurements of the animals can vary greatly. There are also big differences in appearance. While American animals usually have a brown coat, European and Asian are rather greyish. The coat is dense and long and a thick undercoat protects the animals from the cold. At the neck it forms a mane. The hooves are unusually wide so they can make better progress in the snow and morass of the tundra. In the reindeer males and females wear antlers – this is unique in the deer family. The antler of the male is larger than that of the female. Like other antlers, the reindeer throws off its once a year. In the males this happens in the autumn, in the females only in the spring. Often the discharge takes place unilaterally, so that the animals temporarily wear only one antler bar.

In most distribution areas the mating season takes place in October. The males, who otherwise live as loners, choose several females at the same time and thus gather around a small harem of five to 15 reindeer ladies. With loud rutting cries they advertise for the females. Often it comes to fighting among the males, in the worst (but rare) case, they remain with their antlers stuck together and must starve. After about 230 days of gestation the female gives birth to a cub in May or June, sometimes two. Shortly after the birth, the little one is quickly independent. After just an hour it gets up and can walk. Only after 18 to 24 months are the juveniles themselves sexually mature, with females being able to reproduce earlier than males.

Reindeer are herd animals. They live in huge communities that can hold up to 100,000 animals. There are no fixed structures, so the animals can always join or disassociate. To spend the winter in the shelter of forests, they often travel up to 5,000 kilometers from the tundra to the south. Outside the migration periods, the huge herds disintegrate into small groups of ten to 100 animals. Most members of these groups then belong to only one sex: only females or only non-sexually mature males, since the older males usually approach the females only at rutting season and are otherwise loners. The hierarchy of the group arises from the size of the antlers or is fought in fights.

Reindeer are vegetarians. Mostly they eat grasses, young shoots and leaves, herbs and bark – even poisonous plants are eaten. In winter, the animals go on long hikes in search of food. Often they then have to limit themselves to mosses, lichens or fungi. Reindeer use their fore hooves to gain access to snow-fed food sources. With this they shovel the snow aside and continue digging until they reach the lower part of the plant.

Reindeer and caribous occur in the northern regions of Europe and America. The hunt can be done in Europe in Iceland, Greenland and partly in Norway in America in Alaska as well as in the northern Canadian provinces. The hunt for Karibou / Reindeer takes place almost exclusively as a stalking hunt. All game-ready calibers are allowed.

If you have any questions or if you are interested in a mediation offer for hunting trips and hunting on reindeer / Caribou, please contact us via email or contact form.